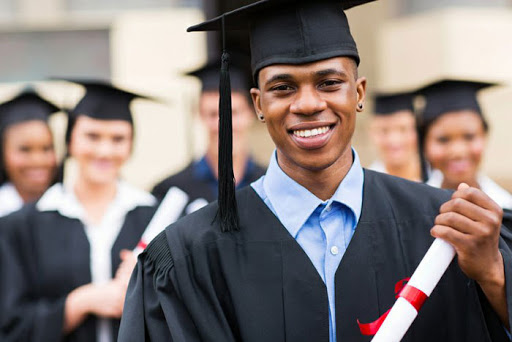 MIAMI, Florida – Each February, during the commemoration of Black history, we express amazement and pride as the outstanding achievements of Black people globally are highlighted. We learn more about these formidable historical achievements, from the 17th century when Black people were brought from Africa to the western world. This is the history of a phenomenal journey with major milestones in areas like politics, sports, the arts, entertainment, medicine and science—in spite of tremendous obstacles.

Some have argued that one month is not enough to pay homage to all the accomplishments Black people have made. But what Black History Month does is create a significant, penetrative focus that presents otherwise hidden information about countless Black achievers. More importantly, this focus also affords substantial inspiration for today’s Black youth to become achievers themselves, often against immense odds.

Attaining success “against all odds” has been a powerful motivator behind the achievement of Blacks throughout history. Every account of the success of Black men and women is indicative of people who rose above the odds—overwhelming opposition, pain, threat to life, and seemingly impossible situations—to take their place at the forefront of history, not just Black history.

History underscores Black people were never content to be held back, to be anyone’s inferior, anyone’s slave, servant, or to be in any class other than the first. Ironically, the brutal experiences of slavery, and the cruel humiliation of segregation and apartheid, motivated Blacks to cast off heavy shackles, real and perceived, and beat the odds designed to “keep them in their place.”

However, the successes attained by Blacks in almost every aspect of life were not done by simply applying brute force to hurdle over the obstacles. Almost every account of Black history reveals one common thread—education.

Many of the early slaves on sugar and cotton plantations taught themselves to read and write. This enabled them to understand their oppressors, communicate better among themselves, and read of the opportunities they could use to gain their freedom. In some instances, they were assisted by benevolent white plantation owners, and representatives of various churches. But, nonetheless, many Blacks initiated means of educating themselves.

After the emancipation of slavery in America in the 19th century, many free Blacks relocated to the more racially tolerant Northern states and took advantage of opportunities to further educate themselves. Former slaves like Frederick Douglass, and years later, Black immigrants like Marcus Garvey inspired an entire race, and a Black revolution by the words they wrote and published.

As the journey from slavery continued, some Blacks were not content to limit their education to segregated elementary or high schools. The desire to advance in higher levels of education was a burning passion. It is important to note that those seeking higher education didn’t do so just to satisfy their ego in earning diplomas or degrees. To them, education was a necessary path to advance as leaders of their race and to inspire others.

Blacks came from the Caribbean, Africa, and across North America to advance themselves, their race, countries and communities through education. When doors to white-established colleges were barred to Blacks because of segregation, they found alternatives to learn by working as assistants to white professionals, learning the various techniques. They then used the education and experience gained to enter the few colleges that would accept Black students. Moreover, they were not content to relegate themselves to even historically Black colleges. Several outstanding Black professionals scored firsts by graduating with honors from traditional U.S. colleges. This was realized repeatedly in the field of medical studies.

The quest for Blacks in overcoming the odds through education hasn’t been easy. But they were able to advance even when they were spat upon, set upon by attacked by dogs and riot police; when their eyes watered from tear-gas, and when they were taunted and labeled as “uppity.” Undeterred, they moved on relentlessly, influencing dithering presidents and bigoted governors to change (and create) laws that further opened the doors to various educational institutions that were once forbidden.

The current generation of Back youth has a foundation of experience laid by historical Black achievers to build on as they now seek to be educated. Although Blacks have much more opportunity today, there are still huge odds to overcome. In fact, advanced education and training is extremely hard to attain today, because this goal has become extremely competitive.

The lessons of Black history teach that education must never be taken for granted or be viewed as a burden, but must be seen as the tool for creating success. Today, over 400 years since the first slave landed in the Western Hemisphere, education is still the strongest means of succeeding against whatever odds are placed in the way of the Black population.