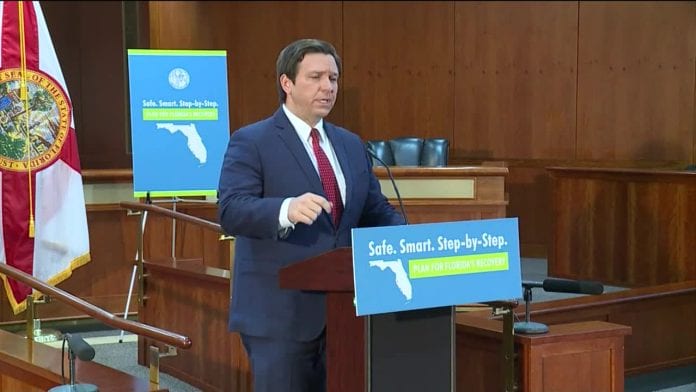 Here we go again! But it wasn’t expected to be this soon. The country had been bracing for spikes in COVID-19 infections, since restrictions imposed last March were lifted, especially without having a definitive treatment or a vaccine. However, the massive resurgence of infections across most of the United States is shocking, to say the least.

New cases of COVID-19 are breaking national records daily. In Florida, we’ve seen more than 5,000 cases each day for the past two weeks and were well over 11,000 on July 4.

While there are many reasons being offered to explain the increase of cases, it is clear that one of the main issues is that millions of people are, for whatever reason, behaving recklessly in the face of this dangerous virus—which has killed over 130,000 Americans at the time of writing.

It’s natural for the citizens of any country to expect its leaders to exercise sensible control in times of national crisis and do whatever is possible to protect them. While COVID-19 is one of the most challenging crises faced by Americans in decades, the actions of the nation’s leaders have left most people bewildered.

If from the first incidence of COVID-19 infections in March, it was met with the seriousness and immediate national attention it deserved, instead of being used as a political weapon, perhaps we would be looking at declining rates instead of what we are experiencing now.

Unfortunately, with tepid leadership, millions of Americans either believe the virus is no worse than the flu, that it is being overblown in media, or that it is a political ploy to cost Trump his reelection. Many have refused to heed internationally proven advice to wear masks, and avoid crowded situations, to prevent contracting and spreading the virus.

The result is that today COVID-19 has become one of the most politically divisive subjects in the country. Regardless of political leanings or conspiracy theories about COVID-19, this virus has continued to resurge across the country with Arizona and Florida having the most new cases.

It is unbelievable that here in Florida, Governor Ron DeSantis, amidst record resurgence, insists he will keep the state open and insists on opening schools come August. DeSantis is also attributing the increase in Florida to more testing and new cases among those in the farming communities. This runs contrary to strong evidence that it is community spread, especially among asymptomatic persons, that is driving up the rate of infections. The fact that there is increased hospitalizations, with beds in the intensive care units (ICU) becoming dangerously scarce, should give pause. If this virus—with a record 20.9 percent of positive tests in Florida—is not controlled, we may begin to run out of hospital beds.

DeSantis has also been reluctant to mandate mask-wearing, despite the emphatic recommendation from scientists like Dr. Anthony Fauci, and like other Republican governors such as Governor Greg Abbott of Texas have done. However, DeSantis has paused Phase 3 of the state’s reopening.

America in general—and states with high COVID-19 rates in particular—need strong leadership, devoid of partisan political bias, to guide them through this stubborn pandemic. COVID-19 is a mysterious killer. Over the nine months that the virus has descended on the earth, it has been baffling top scientists. There are too many unknowns to take this virus lightly. It has also been proven that the spread of the COVID-19 can be contained by practicing strict social distancing and wearing masks. Some of our closest neighbors, including Canada and the Caribbean, have controlled the spread of COVID-19 by these practices.

To the rest of the world, the U.S. has failed to get the virus under control, prompting the EU and Canada to ban U.S. travelers from visiting their countries. Even in Mexico, governors are calling on the central government to place tougher restrictions on Americans crossing the border. Other countries, such as Jamaica, have implemented strict guidelines and pre-testing requirements for Americans from high-risk states. This is a mind-boggling position for the richest nation on earth that has spent decades positioning itself as the leader of the free world.

Leadership—from Washington to the smallest town—must take urgent control in stemming the spread of COVID-19. Anything short of that runs the risk of catastrophic results for citizens, the economy, and the American way of life.