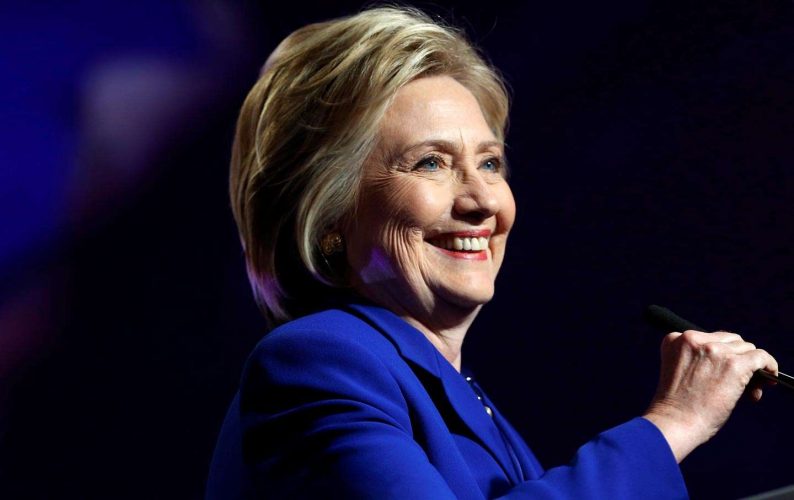 At long last, this much too long, contentious and bizarre political season is drawing to a close. When this newspaper is published next week, all things being normal, a new president would have been elected.

The candidate this newspaper confidently endorsed for the presidency is Hillary Rodham Clinton. And, naturally, there is hope she will be elected.

Clinton received this newspaper’s endorsement, not as a caller to our offices alleged, because we would endorse “a statue if it was a Democrat”. But because the paper’s Editorial board has no reservation that she is the better of the two candidates.

Moreover, the board is also convinced she is more experienced, with the better temperament to lead the United States for the next four years through domestic economic and international challenges.

There is absolutely no responsible way this newspaper could recommend to voters — especially originating from the Caribbean — to support an individual who through his own words, has acted disrespectfully towards women.

In Caribbean communities in the US, and the Caribbean, it is customary to find women heading or running families. Women are not regarded as sex objects to be pawed, groped and grabbed by their genitals whenever a man feels he has the right to do so.
In Caribbean communities, women are pillars of the society. Traditionally, the men who American voters elect for president have been of moral integrity, even on the surface, but voters have never elected a president who by admission has tendencies of a sexual harasser.

Hillary Clinton is a woman who has over 30 years worked for the benefit of women and children, nationally and internationally. This history is testament that she will continue to seek the execution of policies for the upliftment of American women in their homes, their jobs, and the general society.

As a newspaper representing a community of immigrants, the Editorial board could not with any justification recommend its readers vote for a man who repeatedly made negative remarks about immigrants; threatens to ban people fleeing oppression, and others because of their religion.

For the past two decades, immigrants, particularly the undocumented, have been promised immigration reform by successive administrations only to see those promises fade. During President Obama’s second term, while the US Senate approved immigration reform, the Republican majority House did not follow suit.

Although Obama acted boldly, using executive order to implement some reforms, his efforts were defeated by the judicial system. There’s no sign Trump will consider immigration reform that benefit our communities. However, there’s reason to believe Clinton will continue initiatives started under Obama’s administration to effect crucial immigration reform.

Neither could the board recommend a candidate who has shown little understanding of America’s black community. Trump has repeatedly made comments that shows he believes the black community lives “in hell,” in ghettos, is impoverished, and perpetually threatened by crime and adverse social conditions.

Hillary Clinton understands the black community. It’s a community she has worked for and with. She has showed support for issues that concern this community. There has been no definitive plan from Donald Trump to address our issues.

This newspaper endorses Clinton despite her flaws and shortcomings, not because the Editorial board is blind to them. But whatever flaws Mrs. Clinton may have these are overridden by her years of public service working for Americans of all classes.

No matter how deep this newspaper’s Editorial board searched, no matter how much it tried to be objective, not a modicum of confidence was found that Trump could lead the nation as effectively as Hillary Clinton. It’s because America needs an effective leader why we recommend voters to firmly close the election deal and elect her president.