Climate Change – What can be done? 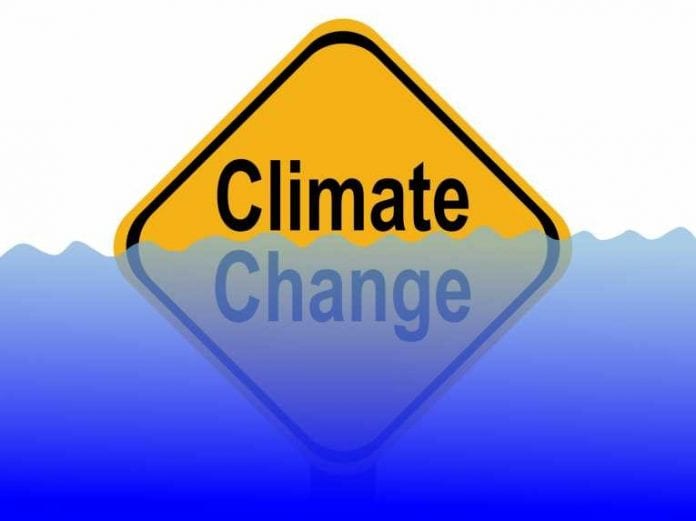 What can be done about Climate Change?

“June, too soon. July come they may, August is a must, September remember, October all over,” is a jingle related to the annual hurricane season some may remember from their childhood. There’s certainly a lot to remember from  the past September, and the might and devastation of Hurricanes Irma and Maria.

Irma and Maria were two of the strongest storms that ever traveled across the Atlantic Ocean and the Caribbean Sea. In their wake, they left several countries devastated,  almost impossible to live in.

Issue of climate change at the forefront

The unusual ferociousness of these hurricanes has brought the issue of climate change front and center.

For years scientists have been warning that because of global warming the temperature of the oceans have increased providing extra fuel to tropical storms and hurricanes.

One would assume that the unusual might of these hurricanes would have at least hastened officials in the US to pause and examine the warnings and evidence presented by scientists. The evidence suggests the planet is in danger from over-heating, caused by the constant emission of greenhouse gases and a combination of chemical waste.

To his credit, Roosevelt Skerrit, prime minister of Dominica, which was extremely devastated by Hurricane Maria, was unhesitant to criticize climate change doubters in his speech at the United Nations, days after the storm.

Addressing the UN General Assembly, Skerrit passionately said, “Mr. President, my fellow leaders, there is no more time for conversation. There is little time left for action. While the big countries talk, the small island nations suffer. We need action, and we need it NOW!” he demanded.

“We in the Caribbean do not produce greenhouse gases or sulphate aerosols. We do not pollute or overfish our oceans. We have made no contribution to global warming. But yet, we are among the main victims – on the frontline.”

“Hurricanes will be stronger”

In years past, storms that originated off the coast of West Africa approached the Eastern Caribbean as tropical depressions or tropical storms. They picked up energy and wind-speed the more westward they traveled. Hurricanes Irma and Maria were category 5 storms with winds over 165 mph before reaching the Eastern Caribbean. “The unusual early strength of these storms was due to the over-heated ocean,“ said a Californian scientists. “And hurricanes will be even stronger in the future.”

This isn’t good news. But while Irma and Maria were evidence something is amiss on the globe, officials in the US continue to dither.

Days after Maria tore up Puerto Rico, Dominica and the Virgin Islands, Scott Pruitt, administrator of the US Emergency Protection Agency (EPA) was asked by a reporter if he believed the unusually strong storms were the impact of global warming.

Amazingly, Pruitt, although a known doubter of climate change, responded that the immediate aftermath of the storms was too soon, too insensitive, to discuss climate change.

Now is the time to discuss climate change

But, now is exactly the time to seriously examine the findings of so many scientists. Now is the time when these storms didn’t just damage a few buildings and farm lands like past storms, but devastated entire islands.

When Skerrit criticized the inaction regarding climate change, he was directly addressing the US government, which recently snubbed the Paris Climate Change agreement.

But others are supporting Skerrit’s call for action. These include the prime minister of Antigua and Barbuda, other Caribbean leaders, and Tomas Regalado, Republican Mayor of Miami. After Irma passed by South Florida, Regalado said “This is truly, truly a poster child for what is to come. This is the time to talk about climate change.”

But while the officials dither, the oceans remain warmer than usual. In the meantime, populations in the Caribbean, and on the east ad southern coasts of the US must protect themselves better from hurricanes.

Buildings must be built sturdier with cement blocks and steel, and stronger roofs. More importantly, populations must be removed from living on coastal communities susceptible to dangerous storm surges. The ocean and the storms it generates have become more dangerous. There’s proof it is foolhardy to live too close to it.

For more information on climate change, visit: NASA – vital signs of the planet