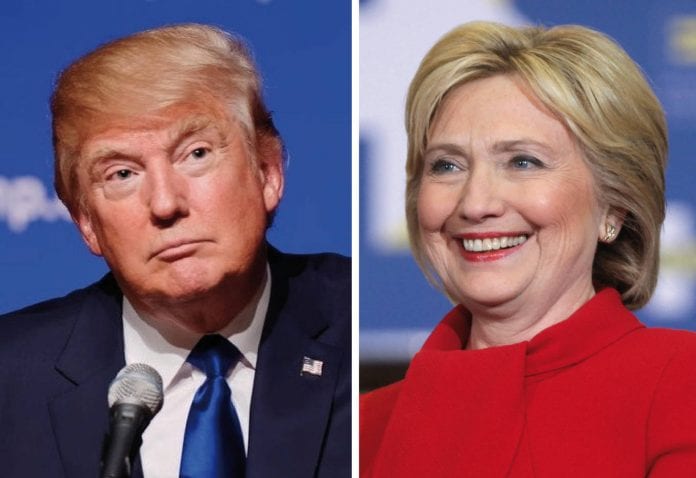 Among the more anti-climatic dates in America are December 26 and the days following. On December 26, Christmas suddenly ends. No more Christmas carols, and even the decorations seem irrelevant.

With Christmas 2016 fast becoming history, reality sets in, causing people to reflect on the year that’s rushing past.

For most people 2016 was a political turmoil. Both in Jamaica, and the US, the pundits and party supporters of the Peoples National Party (PNP) and the Democratic Party got it awfully wrong.

The PNP’s general election loss stunned Jamaicans, even members and supporters of the winning Jamaica Labor Party (JLP). The party, led by former Prime Minister Portia Simpson Miller had been making inroads to improve the Jamaican economy, resulting in impressive domestic and global reports and ratings. However, the PNP ran an inexplicably poor campaign, perhaps taking its reelection for granted. Instead of winning in the expected landslide, the party lost by just one seat on February 25.

The loss badly shocked the PNP leadership, exposed major flaws within the party’s organization, and led to the withdrawal of financial support from Jamaica’s private sector. So, it was, that a damaged PNP limped into last November’s Local Government Election. This time the defeat was not surprising.

However, the twin defeat prompted Simpson Miller to announce plans to step away from the helm of the party. Earlier this month, responding to calls for her resignation and the rebuilding of the party, Simpson Miller announced she wouldn’t be seeking re-election as party leader next September. Indicative of the pressures on her to demit leadership, within days after her announcement the party executives coalesced around PNP Vice president Peter Phillips to succeed Simpson Miller. His installment as party leader is expected early in 2017.

The lesson learnt from the surprising demise of the PNP from the seat of government in Jamaica was that people cannot be taken for granted. While the PNP administration focused on reviving the Jamaican economy, the mass of voters felt neglected, and expressed opposition to this neglect at the polls.

In the USA, various polls predicted that Hillary Clinton would win the November 8 presidential elections, and massive crowds turned out at her rallies in most states. With even larger crowds supporting rallies at which her top surrogates, Barack and Michelle Obama spoke, Clinton’s victory seemed assured.

Like the JLP in Jamaica, the Republican Party and its Presidential candidate Donald Trump apparently did not expect victory. On the other hand, the Clinton campaign pre-planned a big victory party, and fireworks, ready to celebrate the election of America’s first female president.

But, while voters in the urban regions in almost every major state voted for Clinton overwhelmingly, enabling her to amass some three million more popular votes than Trump, other voters, like some voters in Jamaica’s general election, felt neglected by the incumbent Democratic administration. Voters from rural USA, mostly white working class, supported by more minority voters than originally envisaged, voted against Clinton, giving Trump an implausible victory with 306 electoral votes.

Understandably, with a Clinton victory strongly anticipated, there’s strong disappointment and even resentment over Trump’s pending presidency. Since Clinton’s defeat, there has been criticism of the Electoral College system, and renewed arguments for America’s president to be elected by popular vote. Blame for Clinton’s defeat has been cast at FBI director James Comey for reviving investigation into her emails just days before voters went to the polls. Even more blame has been cast on the Russians for hacking the emails of the National Democratic Party Committee.

However, truth is, hard though it is to accept, like the PNP, the Clinton campaign took victory for granted, lulled into over confidence by the pundits and polls.

Elections in 2016, including the surprising Brexit vote in Britain, showed parties that take voters for granted do so at their own peril. The surprising defeats have revealed that parties can no longer depend on specific voting blocs to win. It is those political candidates, and those political parties that can best reach and get the votes of a cross section of voters that will likely win elections in the future. Neglecting a key bloc of voters could, as is evident in Trump’s election victory  – push neglected voters to the opposing parties, guaranteeing them unlikely victories.

The surprising election results also showed a government will likely lose power if its governance doesn’t include all the people. The art of governing today is to have policies that embrace the concerns of all people.

2016 taught harsh political lessons. Now, people only hope those recently elected to govern have learned these lessons, and bear in mind it’s the people who elected them and the people will surely vote them out if neglected.