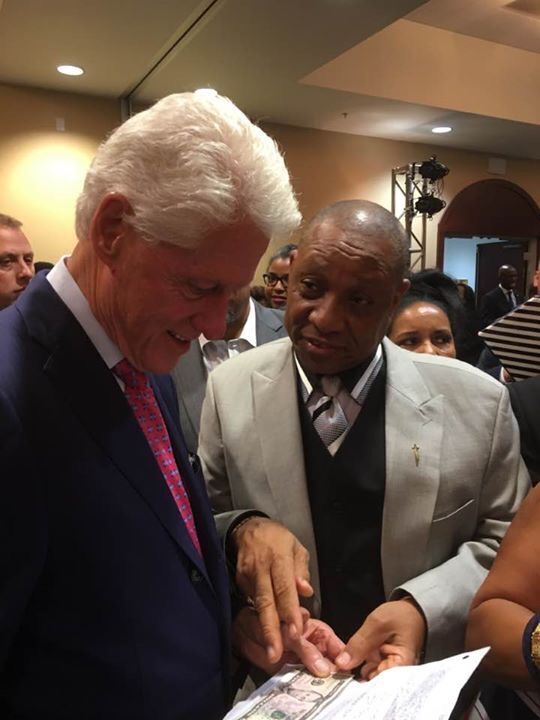 The political season in the United States has become fertile ground for charges and countercharges between political opponents in the lead up to the November poll.

However, on Wednesday, a teenager from Tamarac, Florida sought to make a difference by openly supporting the campaign of presidential hopeful Hillary Clinton.

Without being prompted, Alexander Shearer, on hearing that President Bill Clinton would be meeting with members of the clergy in South Florida, jumped at the opportunity to have his voice heard.

“Dear President Clinton and future President Hillary Clinton – I am only 14 years old, so I can’t vote, but I’m praying that you win,” Alexander said in a handwritten letter.

The teenager also voiced concerns about the campaign of  the Republican Party’s nominee, Donald Trump.

“Donald Trump has a foul mouth and is a bad example for us children and we need a positive President like Hillary Clinton.”

Alexander’s letter, that also included a donation of five dollars, was delivered to President Clinton by local businessman and pastor Dr. Dennis Grant who attended the closed-door meeting.

“Alexis’ contribution was of a Mount Everest proportion. He is only 14, yet he has been listening and watching television and hearing the things coming from Trump. For him to take his lunch money for the day and send it to her, this is an example that more young people need to emulate …. he was not coaxed, he just put what he was thinking into action,” Grant said.

Concerning the private meeting with President Clinton , Grant said the President sought to assure the clergy that their concerns have not fallen on deaf ears.

“He did not waver, both he and Hillary support the Black community and the Caribbean American community. He spoke of plans and revealed that he will be playing a vital role in the future. Most of all, he is confident that Hillary will win.”