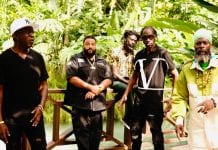 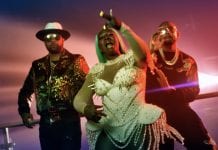 A look at some of the top stories making the news today, May 6th, across your Caribbean-American community in South Florida.

Here’s a lot at our top stories.

Opalocka commissioner, Terence Pinder, has died when his car crashed into a tree by the Opa-locka Executive Airpor. Pinder, who was expected to turn himself in to Miami Dade state attorneys today was identified as being charged with bribery and unlawful compensation.

“Little Haiti” could become an official name depending on the outcome of a zoning resolution voted on by city commissioners tomorrow, May 25th. Community activist Marleine Bastien believes officially naming the Town as “Little Haiti” would help fight gentrification from future developers.

Cham, Nesbit and Tarrus Riley are on the line up for the Memorial Day weekend Best of the Best music fest. This Sunday, May 29th, Bayfront Park will bring the Caribbean to South Florida opening their gates at 2 p.m. The event will give free entry for children 12 and younger.

In Sports, 18 year old Jamaican Leon Bailey recently became “Best Young Player” in the Belgium Professional league. During his breakout year he played 38 games, had 9 assists, and 6 goals. Turning down offers from Chelsea FC, the Racing Genk player is contracted to the team until mid 2020. The Racing Genk play tomorrow at 2:30 pm.

Mr. Vegas, has taken to Facebook video criticizing Toronto born singer Drake. Calling him “Drake the fake”, Mr. Vegas claims the singer’s new album “Views” has a strong reggae vibe which only samples the works of dancehall artist and does not give them any real credit for it.