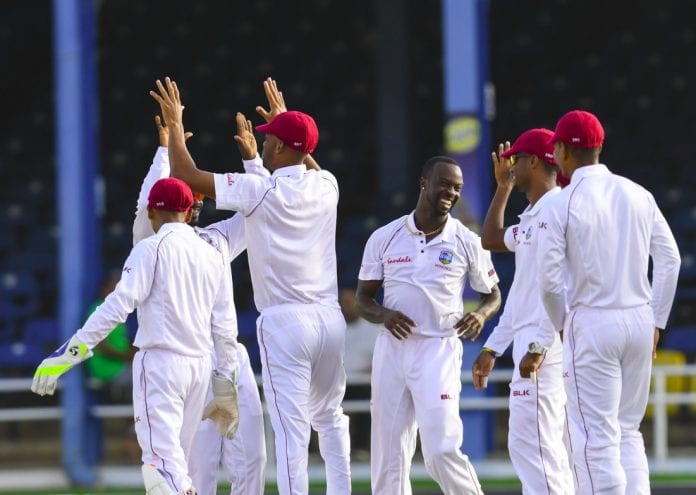 West Indies reached 350 for seven at tea on the second day of the opening Test against Sri Lanka at Queen’s Park Oval, Trinidad, on Thursday.

The right-handed turned the last ball before the interval from left-arm spinner Rangana Herath through square for a single to reach three figures, becoming the first Windies keeper to score a century against the Asian side.

At tea, Dowrich was on exactly 100 and accompanied by tail-ender Kemar Roach on four, as West climbed to 350 for seven.

Dowrich has faced 282 deliveries and struck 10 fours in an innings marked by remarkable concentration.

Devendra Bishoo, yet to score at the start of the day, was the only wicket to fall in the extended post-lunch session for 40, after adding 102 for the seventh wicket.

The left-hander faced 160 balls and counted five fours, before slashing at a wide one from speedster Suranga Lakmal and falling to a catch at the wicket, 45 minutes before tea.

Seamer Lahiru Kumara has been the leading bowler with three for 84 while Lakmal has picked up two for 49.

Only just over 40 minutes were possible in the first session because of rain.