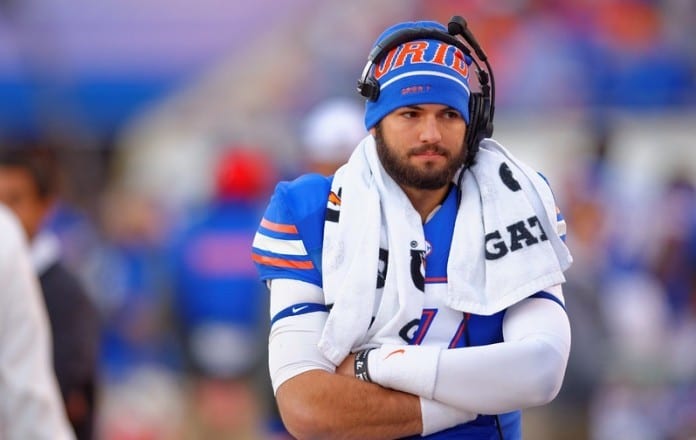 University of Florida starting QB Will Grier has been suspended for one year for violating NCAA drug policy on performance-enhancing drugs.

The university announced the suspension at a news conference Monday. Grier, who failed a drug test, said he took an over-the-counter supplement.

Florida plans to appeal to reduce the suspension, which, according to N.C.A.A. rules, could last one year and cost Grier one-quarter of his total college eligibility.

Grier and the Gators have been one of the most surprising teams in the country in their first year under coach Jim McElwain, a former Colorado State coach and Alabama assistant. The Gators have already matched their regular-season win total from last year and have a commanding lead in the Southeastern Conference East race.