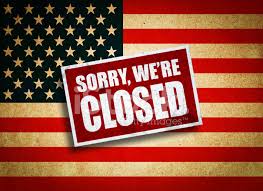 South Florida immigration attorney Caroly Pedersen, as she does every week offers advice on immigration matters.

Consistent with his continuing war on legal Immigration, Trump announced last week he has endorsed an Immigration Bill called the Reforming American Immigration for Strong Employment (RAISE) Act. The measure would effectively eliminate most family-based sponsorship.

The RAISE ACT Bill, originally introduced in February by, Republican Senators Tom Cotton and David Perdue will dramatically rewrite America’s entire legal immigration system. If it becomes law, it would cut all legal immigration by 50 percent. It would exclude parents of citizens from the current designation as “immediate relatives.” Instead it would force parents to wait in long visa lines, eliminate the yearly diversity (Visa Lottery) program, and cut refugee visas by half.

Most tragically, the measure would eliminate all immigrant visas for adult children of U.S. Citizens and Residents, and all siblings (brothers & sisters) of U.S. Citizens. Only spouses and unmarried minor children of citizens and permanent residents would be allowed to obtain Green Cards. An exception in the proposal would allow qualifying elderly parents to obtain temporary visas to stay with sponsoring U.S. Citizen children. However, this would require proof of health insurance and not allow the parents to work or receive public benefits.

U.S. Immigration going forward would largely be based upon a “merit-based” system. Greater emphasis would be placed on the job skills of Immigrants over ties to their family in the U.S. The RAISE Act will create a “points system”, 0-100, where Immigrants will be awarded points based upon various characteristics, including fluency in English, education level and professional job skills.

Under the proposed new U.S. Immigration system, only spouses and minor children under age 21 would be eligible to immigrate to the U.S.

As a result, U.S. Citizens should not delay in filing petitions for Parents, adult Children (single and married) and Siblings now! Similarly, U.S. Residents (Green Card holders) should file petitions to sponsor their adult single children as well. Immigrant petitions for all these family members filed now before the law changes, will remain valid in the future, even if family categories are later restricted or eliminated.