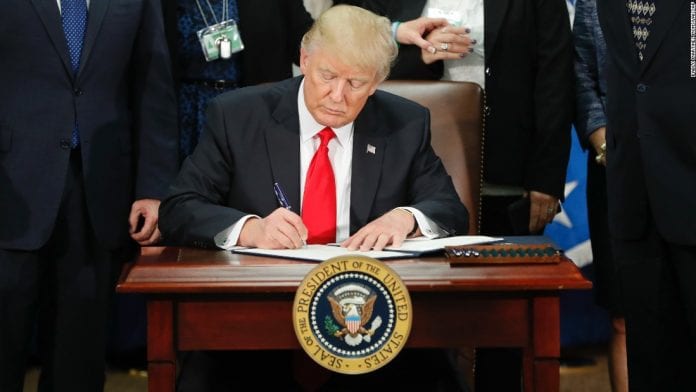 In an effort to turn his anti-family based immigration “chain migration” rhetoric into law before his upcoming reelection campaign in 2020, President Donald Trump aims to release a restrictive new immigration reform plan and has assigned the task of preparing the blueprint for the proposed law to his son in law Jarred Kushner.

Over the past months, Kushner has been working diligently on preparing an immigration plan to overhaul the current U.S. immigration system by replacing family-based sponsorship with a merit-based system focused more on education and investment, enhancing border security through modernization and reducing refugee and asylee migration.

The administration is working with Senate Republicans to gain support prior to release of the sweeping plan to ensure that the measure gains the momentum needed to pressure Congress to act on immigration reform legislation. To that end, Trump and Kushner met with Republican leaders last week to discuss the details of a new immigration policy and to get feedback.

While details of the plan remain unclear, media reports reveal the plan would dramatically change our current system by nearly eliminating family-based immigration in favor of “highly skilled workers”, gutting asylum protections, and terminating the yearly Visa Lottery. The plan may be very similar to the RAISE Act of 2019, recently reintroduced in the Senate by Republican Tom Cotton, which also seeks to end most family-based “chain” immigration sponsorship by replacing it with a merit-based system.

It is said that the plan in its current form does not include protections for Dreamers under DACA, and instead the administration hopes to use that as a bargaining chip with Democrats. And, while the fate of the Trump plan is uncertain, most members of Congress appear to agree that our current immigration system needs a tune up, and many argue that any plan must include protections for Dreamers.

The main disputes will be on proposed reductions to legal family-based immigration. Republican are leaning towards halting almost all family sponsorship with the exception of spouses and children of U.S. Citizens and Residents. Democrats are unwilling to eliminate all categories, but perhaps inclined to agree to compromise on terminating sponsorship for siblings and adult married children.