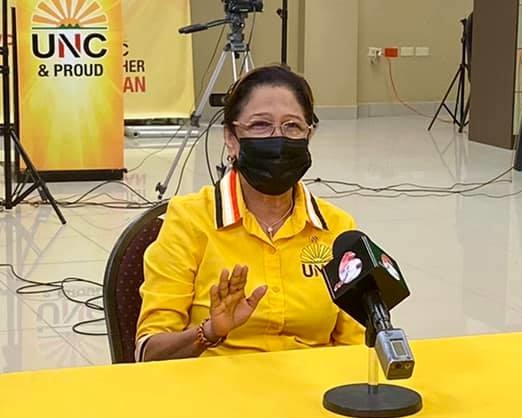 “The UNC has won the Arima Central seat. I was told before but I didn’t want to announce it until I saw the statement myself,” UNC political leader Kamla Persad-Bissessar announced on Monday night, adding that the party had also won the by-elections in the Cunupia and Hindustan/St Mary’s districts which it held before the polls.

She added that the party would “go forward fortified and strengthened” to the Parliament with its no-confidence motion against National Security Minister Stuart Young.

The PNM, meantime, retained two of the seats it previously held – Alyce Glen/Morne Coco and Hollywood.

The party’s deputy leader Fitzgerald Hinds was disappointed, but said: “in this business of electoral politics, you win some, you lose some”.

“We’ve been there before. What we do after is a post-mortem to see our strengths and soft spots and use our experience to examine things whether it means rearranging people or policy,” he said.

“We have been in opposition before and we have worked ourselves out of opposition back to the government,” Hinds added.

The loss for the PNM came on the same day that the party lost ground in the Tobago House of Assembly (THA) when the elections ended in a 6-6 tie with the Progressive Democratic Patriots (PDP).

The PNM had held 10 seats in the previous term while the PDP had just two.