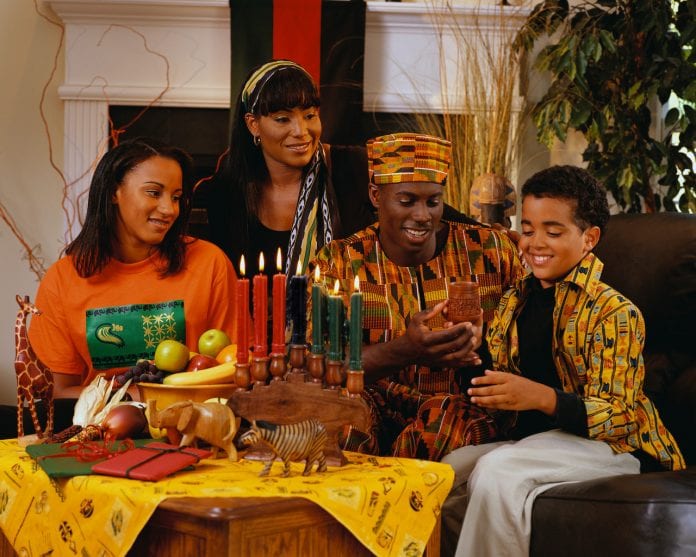 by Dr. Garth A. Rose

The long annual holiday season, beginning with Thanksgiving is usually highlighted by Christmas celebrations, but for South Florida’s Caribbean and African-American community the seven-day Kwanzaa celebrations that begins on December 26 and lasts for seven days to January 1 is just as important. This was exemplified last weekend as hundreds turned out to Kwanzaa celebrations in Miami Gardens and Little Haiti in Miami Dade County.

Celebrated in several South Florida communities this week, Kwanzaa originated in1966 on the initiative of Dr. Maulana Karenga, a professor at California State University, whose objective was to celebrate African-American cultural heritage. One of Karenga’s primary goal was to give African Americans an alternative holiday to Christmas, stating that Kwanzaa “give Blacks an opportunity to celebrate themselves and history, rather than simply dominate the practice of the dominant society.”

Several South Florida African-American institutions are also involved in events to celebrate Kwanzaa. These events include steel band music, art exhibitions, dance, drama, poetry, candle-lighting ceremonies, storytelling and panel discussions on the principles of Kwanzaa. Celebrations commence at the African African-American Research Library and Cultural Center in Fort Lauderdale from December 27 to December 31, and at the South Regional/ Broward College Library in Pembroke Pines on December 28. Kwanzaa celebrations will also be held throughout the week at the Caleb Center Auditorium in Miami.

Be sure to set aside some time this holiday season to participate in at least one of the many ways South Florida celebrates Kwanzaa!

Praying for community healing at Kwanzaa