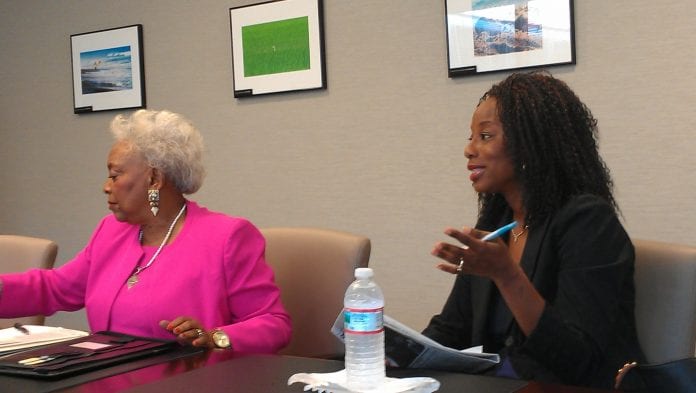 Record numbers of voters are casting early votes in Broward County. At 9:30 a.m. on Wednesday morning the website of the Broward Supervisor of Elections accounted for 66,134 voters having cast votes since early voting began at 7:00 p.m. on Monday, October 24.

Tonya Edwards, media officer of the offices of the BSOE said that on Monday over 31,400 voters cast ballots. This she described as “historical.”  In a statement Edwards said, “First day of early voting numbers have tripled since 2008. That is the highest number in a single day since the start of early voting in 2004.”

The high turnout of early voters is a positive sign that Broward voters, traditional a county that leans firmly towards the Democratic Party, is responding to urgings being made to vote in the 2016 general elections.

Edwards has also indicated an increase in voting by mail in ballot. She said on Oct. 4th, the BSOE office mailed out 173,000 vote by mail ballots. Up to Wednesday morning, 91,450 completed ballots were returned and counted.

“These numbers are a good indication of a healthy democracy.” said Dr. Brenda Snipes, Broward County Supervisor of Elections Office. “We want to assure voters they can vote with confidence. We have more sites, longer hours of operation, and shorter wait times.”