What to do when the police tell you to stop filming 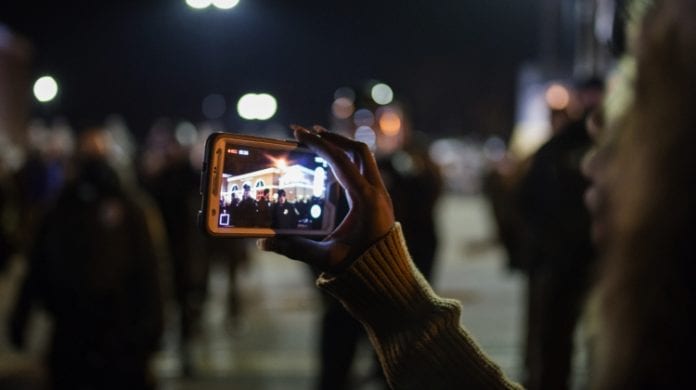 “As a basic principle, we can’t tell you to stop recording,” says Delroy Burton, chairman of D.C.’s metropolitan police union and a 21-year veteran on the force. “If you’re standing across the street videotaping, and I’m in a public place, carrying out my public functions, [then] I’m subject to recording, and there’s nothing legally the police officer can do to stop you from recording. What you don’t have a right to do is interfere,” he says. “Record from a distance, stay out of the scene, and the officer doesn’t have the right to come over and take your camera, confiscate it.”

Officers have the right to tell you to stop interfering with their work, but they still aren’t allowed to destroy film. As in an amateur video which appeared to show a U.S. Marshal confiscating and destroying a woman’s camera as she filmed him.

“Photography is a form of power, and people are loath to give up power, including police officers. It’s a power struggle where the citizen is protected by the law but, because it is a power struggle, sometimes that’s not enough,” says Jay Stanley, a senior policy analyst at the American Civil Liberties Union (ACLU).

Stanley wrote the ACLU’s “Know Your Rights” guide for photographers, which illustrates to readers in a clear and concise manner the legal protections that are given to people filming in public. Theses rights include,

The ACLU guide cautions that “police officers may legitimately order citizens to cease activities that are truly interfering with legitimate law enforcement operations.” The guide also states that you are allowed to refuse.

“Most officers,” says Daniel Sanchez, an organizer for Copwatch in the Bronx, “now know that bystanders have a legal right to film police. Now, instead of hearing assertions that they can’t record at all, he says that Copwatch volunteers are accused of interfering with police activity.”

“What we hear is, you can’t film here, you need to back up, which point, the volunteer complies—by taking one step back. The back-up game, is what I call it. ‘I did back up, officer, I am backing up, here, I’ll take another step back,’” Sanchez says.

The goal is to perform strictly legal compliance with the officer’s actions while still asserting the right to film. Although bystanders should make that initial assertion of legality, every situation is different, Sanchez and Stanley agree.

“If you’re dealing with a belligerent police officer, that’s a dangerous situation—police officers have a lot of power—and you need to make a judgement about the importance of what you’re doing, and about the risk you’re willing to take, versus your own sense of justice,” says Stanley.