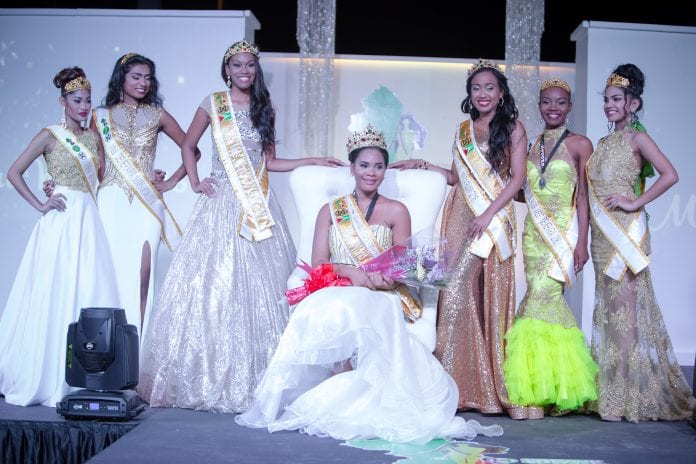 Miss Guyana ready to take on the World

Nuriyyih Gerrard, Miss World Guyana 2016, is currently competing in the preliminary phase at the 66th Miss World Pageant, slated for Sunday, December 18 at the Gaylord National Resort & Convention Center in Washington DC. Gerrard, is a 24-year-old psychology student and Ambassador of Guyana’s rural Patora-Siparuni, Region 8. She is among 120 other ladies from around the world competing in the pageant that is being held for only the second time in the United States. The first event held on United States soil was in Atlanta, Georgia in 1991. Gerrard will bring with her the beauty with a purpose campaign which instills values such as live without stigma from her “One Act Foundation” that consists of a group of talented young professionals who uses technology to bring awareness to mental health disorders and illness. They are now focused on implementing a successful mental wellness and awareness campaign in collaboration with Ministry of Health and other related NGO’s in Guyana. So far, Gerrard has competed in the talent competition among other queens, but did not place in this category. However, the talented young woman will vie in the Fashion Fitness, and other Beauty with a Purpose, to boost her scores. Franchise holder, Natasha Blu Martindale said, “I would urge all potential beauties to follow the journey and start preparing even before they apply to compete in any pageant. Representing Guyana is a once in a lifetime opportunity.”