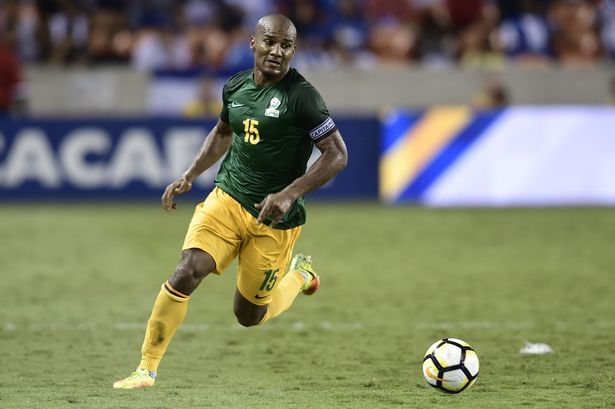 CONCACAF has fined French Guiana an undisclosed sum of money and suspended the player Florent Malouda, who is now deemed ineligible to play any more games in the current Gold Cup soccer tournament.

The decision by the Gold Cup Disciplinary Committee followed French Guiana fielding Malouda in their game against Honduras in the tournament on July 11. That match ended in a 0-0 draw.

Specifically, the Disciplinary Committee has imposed the following sanctions and fines, which took immediate effect:

“The French Guiana national team is ruled to forfeit its Gold Cup match played against Honduras on July 11, 2017, and the official result is ruled a 3-0 victory for Honduras. The French Guiana Football League is fined an undisclosed amount, and Florent Malouda has been suspended for two official matches, during which he will also serve a concurrent stadium ban,” the ruling stated.