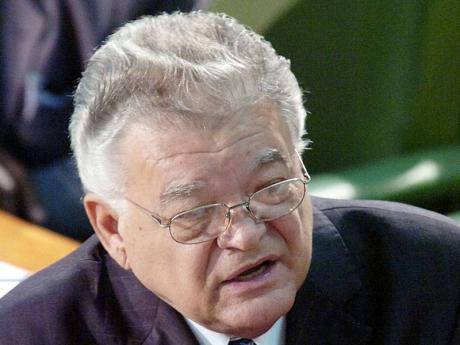 According to reports in the Jamaican Gleaner, Minister without Portfolio in the Ministry of Economic Growth and Job Creation Karl Samuda has been assigned responsibility for the Education Ministry following the resignation of Ruel Reid.

Prime Minister Andrew Holness made the announcement regarding Samuda’s temporary role in  in the House of Representatives on Wednesday evening.

On Wednesday, Holness this morning asked Reid to resign amid allegations of corruption involving his ministry. Reid also resigned as a government Senator.

Holness also told parliament when he returns from his scheduled meeting with US president Donald Trump in South Florida, he should be able to name new senator.

The police are investigating the corruption allegations against Reid and the Office of the Prime Minister said it too will also undertake its own review of the ministry which should be completed in a month or two.