Jamaica’s Ambassador to the United States, His Excellency Ralph Thomas, presented his credentials as Jamaica’s new Permanent Representative to the Organization of American States (OAS), on September 18, to Secretary General of the OAS, His Excellency Luis Almagro at its headquarters in Washington, D.C.

In his remarks, Ambassador Thomas reassured the Secretary General that Jamaica is fully committed to the OAS charter and the organization’s essential purposes.

“Today, I underscore Jamaica’s commitment to the principles and objectives of the OAS, including the promotion of democracy, the protection of human rights, the maintenance of peace and security and the advancement of sustainable economic development throughout the hemisphere,” Ambassador Thomas said.

He pointed out that Jamaica is willing to work constructively towards the fulfillment of the mandates emanating from the Summit of the Americas and the General Assembly, which were held in April and June, respectively.

Ambassador Thomas expressed interest in working with the Secretary General, the Assistant Secretary General, as well as colleague Permanent Representatives in the restructuring of the Organization, to ensure that it fulfills the objectives outlined in the Strategic Vision for a more efficient, effective and responsive Organization. He also committed to supporting OAS processes and programs that will build on best practices and shared solutions.

Jamaica’s new Permanent Representative to the OAS pointed to some of the challenges that the region faces, including Problems of mass migration and increasing irregular migration Organized crime, terrorism, drug trafficking, trafficking in persons, arms smuggling and unacceptably high murder rates, particularly due to gun violence.

He further pointed out that violence against women and the exploitation of our children along climate change and the threat posed especially to the very economic survival of small states which too often have to rebuild most if not all of their infrastructure after the passing of a severe weather condition. Ensuring sustainable development in the face of high debt burdens.

“These are challenges that the OAS can help Member States to address in partnership with other international actors,” the Ambassador said.

In his remarks, Secretary General Almagro lauded Jamaica for its tradition of providing leadership in the regional and sub-regional level. He is confident that Jamaica will continue to lead the way in the organization for a better understanding of peace and corporation among countries.

Earlier in the day, Ambassador Thomas held a private meeting with the Secretary General. The Jamaican Ambassador was accompanied to the OAS by Jamaica’s Alternate Representative to the OAS, Mrs. Julia Hyatt; the Deputy Chief of Mission at the Embassy of Jamaica, Mrs. Marsha Coore-Lobban; Minister-Counselor for Trade, Mrs. Ariel Bowen; his wife Mrs. Sandra Dixon-Thomas and other members of his family.

Also attending the ceremony, held in the Gallery of Heroes were the Assistant Secretary General, Ambassador Nestor Mendez; the Chair of the Permanent Council, Ambassador Hugo Cayrus; as well as Permanent Representatives from CARICOM countries and the rest of the region. 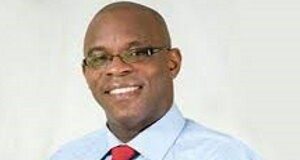