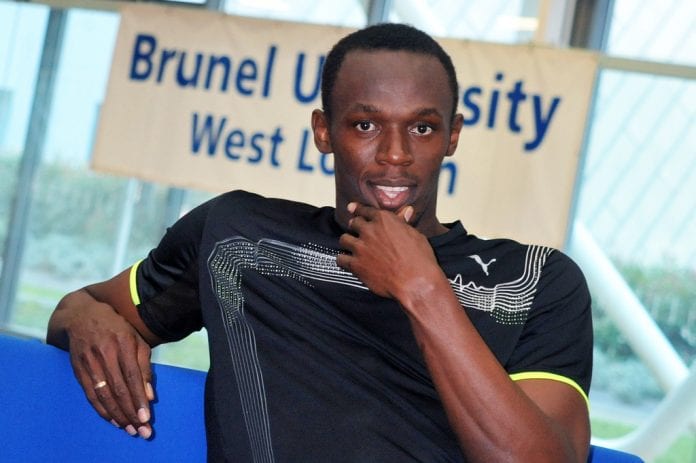 Jamaicans home and abroad have been taking to Twitter to express their displeasure with US President Donald Trump pulling Jamaican iconic sprinter Usain Bolt into the controversy about National Football League athletes kneeling when the US National Anthem is played.

On Tuesday evening as the president continued to be criticized for referring to NFL players who protest racial injustices in America by kneeling when the anthem is played as “Son-of-a- bitches” hailed Usain Bolt in a tweet for respecting the US national anthem.

Trump posted a video on Twitter of the Jamaican Olympic gold medalist being interviewed on TV in 2012. During the interview Bolt stopped the interview while the anthem being played over the stadium PA system and then stands quietly as the music is heard. In the video Bolt is also seen pointing towards one end of the stadium, saying “national anthem,” and stood erect.

Attached to the video Trump tweeted, “Even Usain Bolt from Jamaica, one of the greatest runners and athletes of all time, showed RESPECT for our National Anthem!”

Trump made his caustic criticism of NFL players who knelt when the national was being played at a rally in Alabama last Friday. His comments created a strong backlash from NFL players and owners, and a large percentage of the American public. However, Trump maintained the players who refused to stand when the anthem was being played were disrespectful of the nation’s flag, anthem and military servicemen men and women.

Some of the tweets against Trump making reference to Bolt read:

“Yow! Leave Bolt ought of your crazy fight with NFL. He always stands for the black in the Jamaican flag.”

“Bolt wouldn’t stand up for US anthem if you call him a son-of-a bitch like you did the NFL players Trump.”

There have been no reports if Bolt responded to the president’s tweet.