Over half-million Floridians enroll for Obamacare since Nov 1 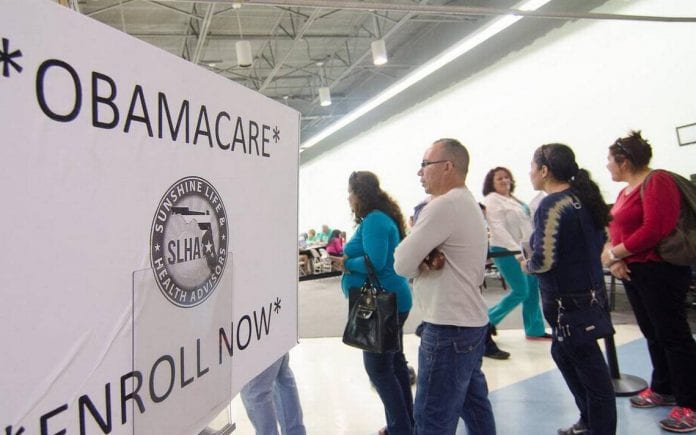 Over half-million Floridians enroll for Obamacare since Nov 1

Despite increased threats to repeal and replace Obamacare, Floridians continue to lead the nation in enrolling for health insurance that is available under the federal health program initiated by President Barack Obama and approved in 2011.

On November 30, the Centers for Medicare and Medicaid Services (CMMS) announced over a half million Floridians have picked a health care plan through Obamacare since open enrollment began at the start of November.

The CMMS said almost 515,000 Floridians have either renewed their coverage or selected a new plan.

Federal health officials say Floridians make up about a quarter of the 2.1 million Americans who have chosen plans since the start of open enrollment.

The health officials advise that people who want coverage for the start of the new year should enroll by Dec. 15.

Of the high rate of enrollees in Florida some 60 percent were from residents in Miami-Dade and Broward County. The reports also indicate that although premiums for most of the insurance plans sold under Medicare have increased for the 2016/17 period , over 80 percent of the Floridians enrolled are eligible for tax-credit, or government subsidies, which significantly lower the real premium paid.

In 2016 over 1.5 million Floridians enrolled in Obamacare, the hihest rate of enrollemnt in the nation.

According to the Department of Health and Human Services, the focus of enrollment under Obamacare this enrollment period is on new and young people. Copious analysis of the Obamacare program over the past two years indicated a primary reason for the increases in 2016/17 premiums is because most of the past enrollees were older Americans in high demand of medical care, which increased the related costs of insurance companies. The operators of the program and insurance officials believe if more younger and healthier Americans enroll for Obamacare this will be a factor in reducing the cost of premiums.