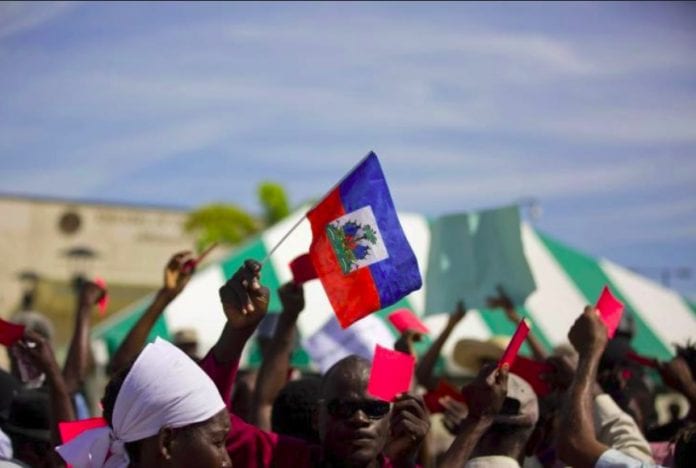 The U.S. Embassy in the Haitian capital of Port-Au-Prince, closed Monday as more than a 1,000 demonstrators gathered outside to protest President Donald Trump, the Associated Press reported.

The demonstrators were angered over reported claims that Trump called Haiti a “Sh—Hole” country and by his administration’s decision to end a program that gave temporary legal residency to about 60,000 Haitians in the United States.

The protestors were prevented from reaching the Embassy gates by barricades set up by Haitian police. Officers in helmets and carrying shields eventually fired several rounds of tear gas after some protesters threw rocks at them outside the heavily fortified compound.

The embassy said it would be closed for the afternoon and directed employees in a statement to keep away during the protest.