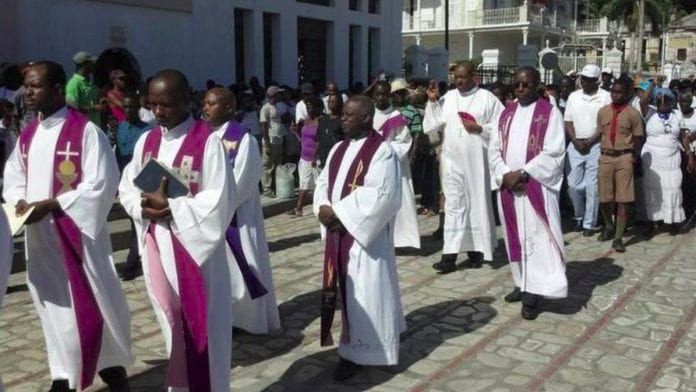 The bishops of the Catholic Church of Haiti (CEH) have expressed concern at the level of “shameless corruption” at all levels within the society as well as the mass migration of young people from the country.

In their traditional Christmas message, the bishops said that they have observed “with great sorrow and anxiety the growing phenomenon of mass migration of Haitians and especially young people to Latin America, the Caribbean and North America.

“This migratory flow deprives Haiti of a significant part of its youth, its executives. It is the very future of the country that is threatened. The young people of Haiti are struggling to hope, to build their future in a country that, in their opinion, offers them no chance, no prospect for the future,” they said in the message.

The bishops also warned of the “shameless corruption that is spreading at all levels of society and becoming rampant.

“Indeed, corruption, ‘without respect for the borders, concerns people, public and private structures of power and the ruling classes’. This is a situation that ‘promotes impunity and the illicit accumulation of wealth, lack of trust in political institutions, especially in the administration of justice and public investment, which are not always transparent, neither equal for all, nor effective,” they said.

They warned that the plague of corruption must be denounced and quoted the 1998 message of World Day of Peace by Pope John Paul 11 that the corruption must be fought with force by those who hold the authority and “with ‘the generous support of all citizens, animated by a strong moral conscience.

“Certainly, some people fructify honestly their credit. But unfortunately many others enrich themselves with impunity, fraudulently to the detriment of the impoverished population. With impunity, the perpetrators of evil are tolerated, even protected by those who should chastise them and bring them back on track.

“We urge the holders of the three powers of the state to take firm measures and concerted decisions to create conditions conducive to job creation, state stability and security of the nation. We urge the elites of different sectors -economic, political, and professional – and politicians to invest and invest more in the consolidation of institutions, respect for democratic rules and development of the country.”

The bishops urged Haitians both at home and in the diaspora to feel themselves challenged by such a dramatic situation and become aware of their civic responsibility towards the Haitian nation to build together and on values, such as living together of people and the vocation to develop it; the pursuit of the common good, which is at once the good of all and the good of everyone; respect for human dignity, honesty and civility.