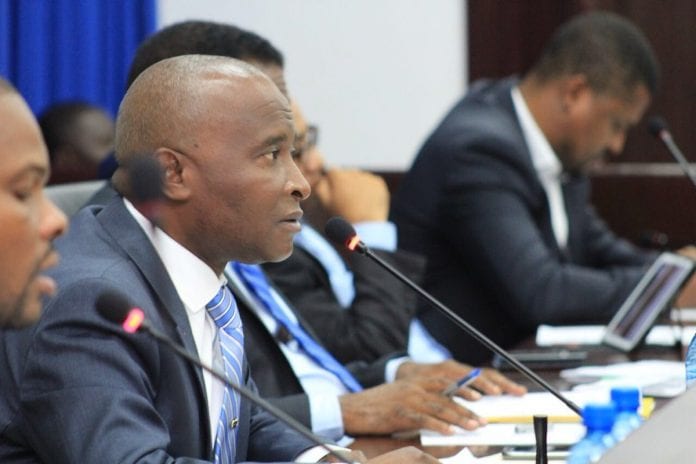 The President of the Chamber of Deputies, Cholzer Chancy, says Parliament will adopt a position on the extradition of Guy Philippe to the United States after he was arrested here last Thursday.

The statement by Chancy comes as supporters of the 48-year-old former rebel turned politician, took to the streets demanding his return to Haiti and condemnation by some legislators of his extradition.

Senator Andris Riché said the arrest and extradition of Philippe, who was elected as a senator during the November 20 elections last year, is “a hard blow against the democratic institutions of the country because Guy Philippe was elected Senator”.

Riché acknowledged that while Philippe had not yet been sworn in as a legislator, he was nonetheless entitled to “some (immunity) coverage that should spare him this kind of treatment” adding “the country is powerless against this kind of slippages”.

Philippe was ordered held without bond during an initial hearing before U.S. Magistrate Judge Barry L. Garber of the Southern District of Florida over the last weekend. His arraignment hearing is scheduled for January 13.

According to the indictment, from approximately 1997 through 2001, Philippe conspired with others to import more than five kilograms of cocaine into the United States.

Chancy said the Parliament would soon outline its position on the October 17, 1997 agreement between then US Secretary of State Madeleine Albright and then Haitian President René Préval regarding the fight against drug trafficking by sea and air and its interpretation.