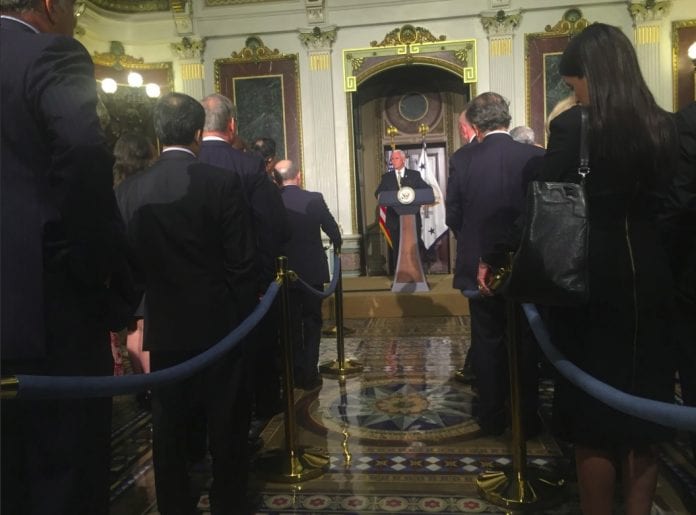 According to the Miami Herald, Haitian diplomats were not invited to a special White House reception Monday night for “like-minded” governments who are standing with the United States in a call to suspend Venezuela from the Organization of American States.

Vice President Mike Pence and his wife Karen invited a group of more than 22 countries’ leaders to the White House for a cocktail reception as a “small token of appreciation” for support on such a challenging issue in the hemisphere. Haiti was not among the 22.

Carlos Trujillo, the U.S. ambassador to the OAS, said Haiti and others who backed Venezuelan leader Nicolás Maduro were intentionally left off the invitation list.

Among those who did receive invites were Argentina, Bahamas, Barbados, Brazil, Colombia, Ecuador, Guyana, Jamaica, Saint Lucia and Saint Kitts and Nevis.

Caribbean and Latin American nations such as Haiti, Saint Vincent and Grenadines, Dominica, Saint Kitts and Nevis and Nicaragua have received billions in cheap loans for oil from Venezuela.