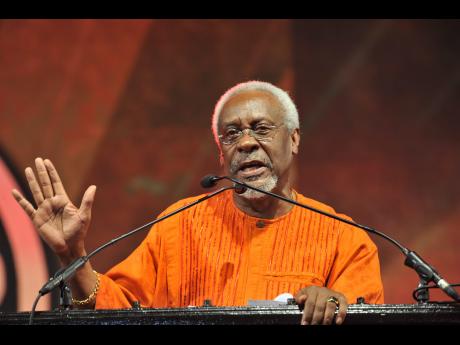 KINGSTON, Jamaica – Former Prime Minister of Jamaica, PJ Patterson was involved in a motor vehicle accident on Monday evening, which has left him in the hospital.

At about 8:00 PM on Monday, the 84-year-old former PNP leader was driving when he lost control of the motor vehicle and crashed into his gate. Mr. Patterson was reported to have escaped without injuries to his upper body, but suffered serious injury to his hip and knee.

Patterson was taken to the Tony Thwaites Wing of the University Hospital of the West Indies, UHWI, following the accident where he was evaluated for surgery.

In a statement on Monday night, one of Patterson’s friends, Alston Stewart, said the former Prime Minister was undergoing a complete medical evaluation at the UHWI. Mr. Stewart noted that Mr. Patterson is conscious and surrounded by family and friends.

He’s Jamaica’s longest-serving Prime Minister, having served between 1992 and 2005.