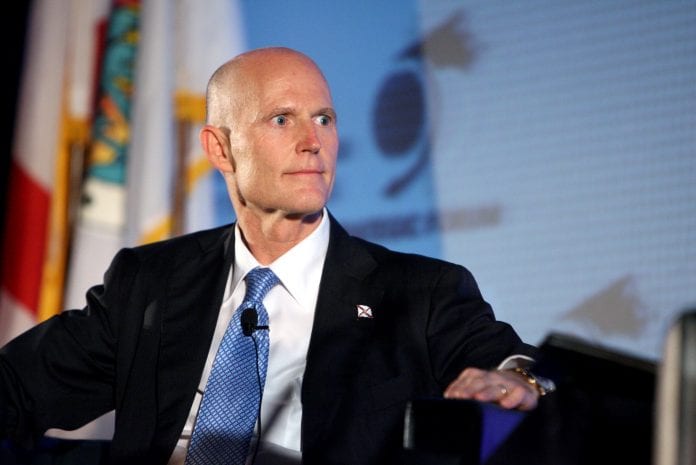 Florida Governor Rick Scott has proposed a five percent pay raise for some 4,000 state law enforcement officers in his 2017-2018 recommended budget. A provision of $11.7 million is included in his budget to meet this increase.

Governor Rick Scott said, “We must always do everything we can to recognize our law enforcement officers and let them know how much we appreciate their service.

I am proud to announce that I will propose a five percent pay raise for all sworn state law enforcement officers as part of my 2017-18 recommended budget. This year, Florida’s state law enforcement officers were put to the test like never before. In June, we experienced the horrific terror attack at Pulse Nightclub in Orlando – the deadliest mass shooting in American History. Just a few months later, two major hurricanes and a tropical storm swept across our state. In each of these storms, our brave men and women in uniform reached out a helping hand to those in need and courageously rescued many Floridians trapped by the rising water. It is thanks to their hard work and sacrifice that Florida persevered through these difficult times and has achieved a 45-year crime low – and I am humbled by their service, dedication and fortitude.”

Florida Highway Patrol Director Colonel Gene Spaulding said, “On behalf of the more than 1,900 sworn members of the Florida Highway Patrol, I applaud Governor Scott for his steadfast dedication to our state’s law enforcement and proposal for a pay raise for our sworn members. Our troopers work tirelessly to patrol Florida’s roadways and respond to the needs of the tens of millions of motorists that travel our roads each year. The continued support of Governor Scott is keeping our roads and communities safe.”