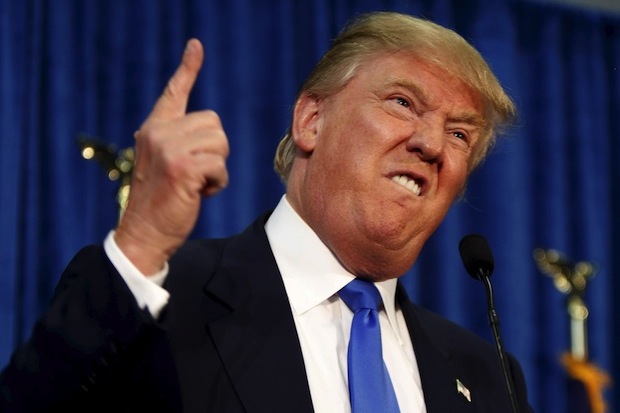 Fear of the unknown

Concern continues to mount in the Caribbean American community about the stance being taken on immigration  by the Republican Party’s presidential nominee, Donald Trump.

“I’ve had a growing number of calls daily from immigrants in distress, scrambling to find any path to legal immigration status before a possible Trump Presidency,” she told the National Weekly.

Pedersen, who has a large Caribbean-American clientele, has urged

“those still on the fence” about voting in this presidential election to consider Trump’s words as a foreshadowing of what may occur in his administration.

“He speaks of an ideological test for admission to the U.S., admission of only those who love our country and our people and  (the) extreme vetting of immigrants. These could virtually halt most legal immigration, for starters. Those of us who see the danger must vote to keep our country safe –by keeping Trump out of the Oval Office.”

Pedersen believes the Republican nominee is actually targeting innocent immigrants for political purposes by  “fanning the flames of nativist ignorance and fear to turn against America’s immigrant communities.”

“His inflammatory comments go directly against American values and straight to the heart of what makes our country great –immigrants, diversity, new ideas, innovation and inspiration,” she said.

Pedersen’s sentiments have been endorsed by Florida Immigration Coalition advocate Norma Downer, who says Trump, unlike his rival Hilary Clinton, “continues to stoke fear in the Caribbean-American community”.

“Hillary Clinton has consistently assured Caribbean-American and other immigrant communities of efforts towards immigration reform if elected, she has been consistent in her support for a path to citizenship for the millions of undocumented immigrants living in the US, citing,” said Downer via a posting on twitter.

He added that Clinton favors the “humane, targeted and effective” application of the nation laws against illegal immigration, but states that those who commit crimes while living in American illegally should be deported.

Throughout his presidential campaign Trump has adapted a strong anti-immigration stand especially against Mexicans and Muslims.

Clinton sees any proposals to ban Muslim immigration as offensive and counterproductive.

Clinton has been quoted as saying that “America is strongest when we all believe we have a stake in our country and our future,” adding that engaging in “inflammatory, anti-Muslim rhetoric” against immigrants made America less safe.

Since Trumps rise to relevance in the 2016 presidential elections, his anti-immigration stance has driven qualified immigrants to seek US citizenship, and increased voter registration in South Florida. “There’s a definite noticeable trend in voting Democrat by Haitian-Americans, other Caribbean-Americans, and Hispanic-Americans ever since January,” said Downer.

Gabby Fairweather, a 24 year-old Jamaican-American, is among several Caribbean-American volunteers involved in Clinton’s South Florida campaign. “My priority is to ensure young people turn out to vote. As an immigrant American I have genuine fears should Clinton not win in November.”