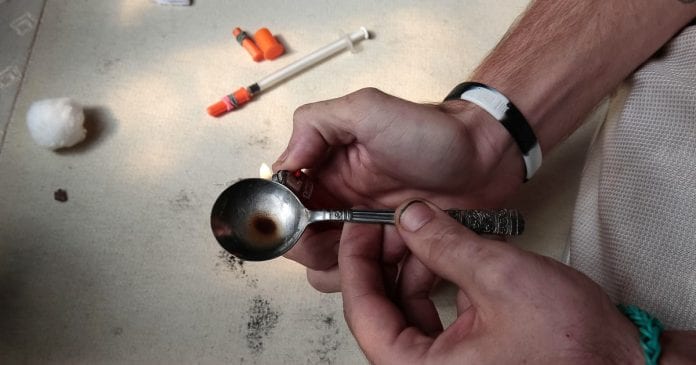 The Office of Medical Examiner and Trauma Services in a statement release earlier this week is warning people of the danger of Carfentanil – – A powerful drug used to sedate 6,000 to 13,000 pound elephants have made it to the streets of South Florida, and people are dying according.

New laboratory testing strongly suggests that a suspected 53 recent deaths handled by the Broward County Office of Medical Examiner and Trauma Services are due to Carfentanil, a synthetic opioid that’s 100 times deadlier than fentanyl, which itself is nearly 50 times more lethal than heroin. Ingesting just a few granules of Carfentanil the size of table salt can lead to death. It is to be by far the most deadly of the opiates readily available to those who use street drugs.

Carfentanil is found to be so dangerous that First Responders, Medical Examiner and Medical personnel, and even drug-sniffing dogs who breathe its fumes are at risk and must be immediately treated with Narcan (Nalaxone) – a medication used to block the effects of opioids – or face death.

In most circumstances, those buying and using drugs off the street don’t even know they’re ingesting it until it’s too late. Even if they have a dose of Narcan available, Carfentanil can kill them before they can use it, according to Dr. Craig Mallak, Broward’s Chief Medical Examiner. “If you’re buying heroin or cocaine, or any drug on the streets for that matter, it could be laced with Carfentanil, and if it is there’s a very high chance you will die,” said Mallak. His office has seen three cases this week alone that are most probably due to Carfentanil.

The Drug Enforcement Administration (DEA) has issued a Carfentanil warning to the public and law enforcement across the country to educate them about the dangers of this and other synthetic opiates.

The DEA says most synthetic drugs such as this one come from China, through Mexico, but Dr. Mallak says it can also be made using recipes found on the internet.

The Office of Medical Examiner and Trauma Services are asking if you, or a loved one has a drug problem, please contact the Broward Addiction Recovery Center at 954-357-4880 for help.