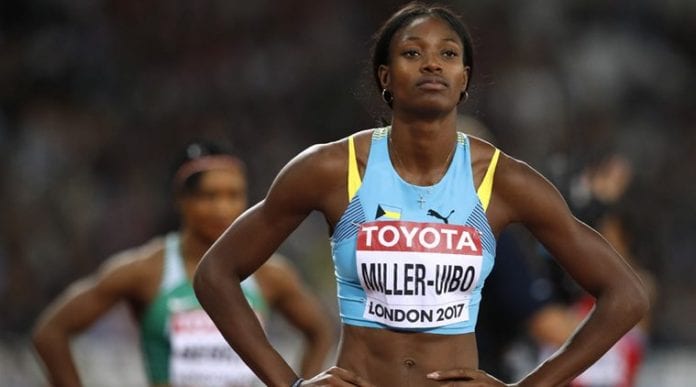 On Wednesday, another overwhelming favorite, Shaunae Miller-Uibo of the Bahamas, seemed to incur an injury in the final 15 meters of the 400 meters. Leading the race, she struggled to place fourth.

The 400 meters finals had a surprise winner in Phyllis Francis of the USA in 49.02. Another pre-race favorite, the veteran Allyson Felix, also of the USA placed third in 50.08, while Salwa Eid Naser of Bahrain was the surprising silver medalist in a time of 50.06 secs.

The fact that no Caribbean athlete finished in the top three was very disheartening as the race had four Caribbean athletes. Along with Miller-Uibo, Jamaicans Shericka Jackson, Stephanie-Ann McPherson and Novlene Williams-Mills also faced the starter gun. The trio placed 5th, 6th and 8th respectively in the finals.

Coming into the home stretch of the race, it seemed it would be a certain gold for Miller-Uibo as she was some five meters ahead of Felix. However, with 15 or so meters to go the Rio Olympic champion stumbled as if injured, With Felix struggling to find her legendary burst to the finish line, Francis seized the advantage and grabbed first place and the gold medal.

There was more disappointment for Jamaica when in the 200 meters Jamaican Yohan Blake ran third in his semi-final heat. He missed making the finals as he was the slowest of the third placed finishers in the semis. The other Jamaican Rasheed Dwyer ran eighth in his semi=final heats.

A bright light for the Caribbean is that Trinidad and Tobago athlete Jereem Richards is in the 200 meters men finals to be run today. He looked very impressive in winning the semi-finals heat in which Blake ran third.