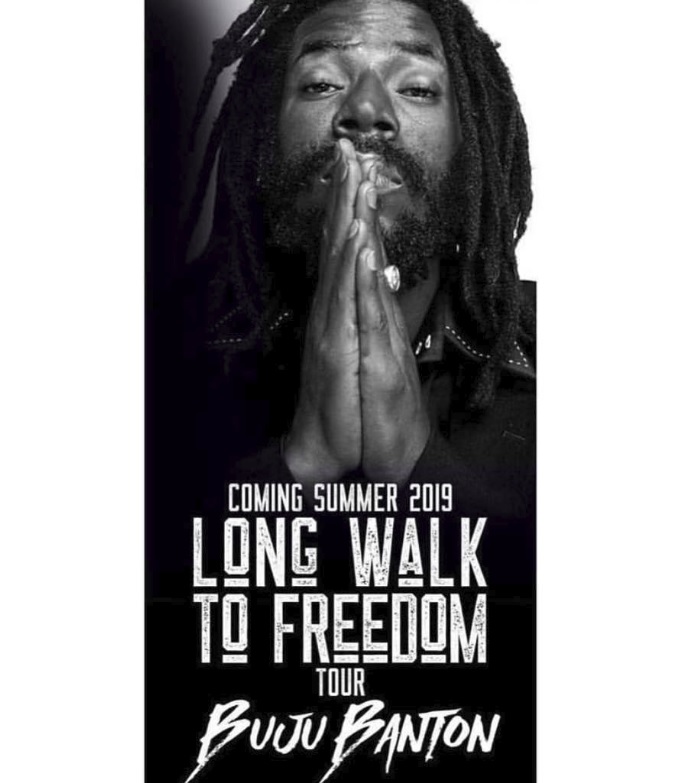 Along with the first show planned for Kingston’s National Arena on March 16, and shortly after in Trinidad on April 21, the tour is also planned for other Caribbean islands including The Bahamas, Barbados and St Kitts join Jamaica and Trinidad which were previously announced.

The Bahamas leg of the tour will be held in Nassau on March 30, at the Thomas A. Robinson National Sports Stadium and is being promoted by Bahamian firm Paradise Productions.

Buju will appear on April 27 at the 15th anniversary of the Barbados Reggae Festival at Kensington Oval, Barbados on April 27, 2019.

He is scheduled to perform at the St Kitts Music Festival which will take place from June 26 to 30. The Festival will also feature Popcaan and Smokey Robinson.

The show in Trinidad will be held at the Queen’s Park Savannah in Port of Spain and billed as the ‘I Am Legend’ concert.

Buju Banton, whose real name is Mark Anthony Myrie, was released from a US jail on December 7, after serving a 10-year sentence on drug-related charges.

Tickets for the Jamaican show is scheduled to go on sale on  January 16.