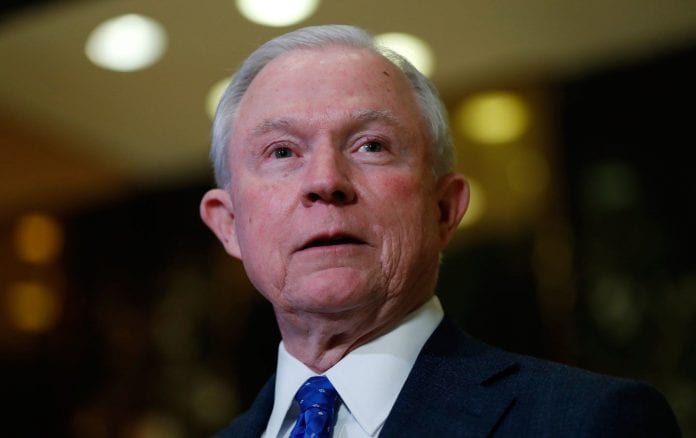 As if things could not get worse for the fate Immigration Reform and Immigrants rights in this new era of a Trump Presidency – they have, as the new President elect  has appointed Republican Senator Jeff Sessions to our country’s top position as Attorney General. As the country’s top lawyer,  the Attorney General has, among other things,  broad authority over our nation’s Immigration laws, court system and enforcement, to decide which and how much of the law is implemented against Immigrants.

Sessions is a notorious “anti-Immigrant” congressman, who favors closing down America’s Immigration system as much as possible and even eliminating birthright citizenship, which allows all children born in the U.S. to receive automatic U.S. Citizenship at birth. Even more troubling, he supports Trump’s most controversial policy to  ban Muslims from traveling into the U.S.. Sessions is not only against illegal Immigration, but does not even support legal  guest worker and H-1B work visa programs for foreign Hi-Tech workers. In an article he wrote for the Washington Post, Sessions said “Legal immigration is the primary source of low-wage immigration into the United States,”… What we need now is immigration moderation: slowing the pace of new arrivals so that wages can rise, welfare rolls can shrink and the forces of assimilation can knit us all more closely together.” So, with such a clear position against Immigration, supporting a President with the same views, it seems difficult to imagine that Sessions is likely to moderate his views.

So with all of Trumps  possible proposed immigration policies looming ahead, causing so much fear and anxiety among immigrants, the American Immigration Council offers suggestions to  Immigrants  to understand their legal rights, including the right to (remain silent) refuse to speak to immigration officers or to refuse to open the door to ICE officers (unless they have a Warrant) and the right to an attorney to represent you. The American Immigration Council also suggests having  a safety plan in place in case you are involved in an enforcement action, including letting a friend know where to find your Immigration and other important documents and having a pre-arranged agreement with someone to care for your  children during any detention. And importantly, to avoid “notarios” and other non attorney immigration services which may file inappropriate immigration forms on your behalf  which put you on the USCIS “radar” and may result in an ICE action against you. Stay tuned…… You can download a “know-your-rights card” to present if you are ever stopped and get links to other advisories from the American Immigration Council by visiting our website at: www.Immigratetoday.com  and clicking on the Immigration Newsletter link or by calling our office at: 954-382-5378.

Question: I got my Green Card through my dad in 2000 and lived there for a few years, then I moved back to Jamaica when I was a teenager because my dad and I did not get along. I attended college and have been working here ever since and have not gone back to America. Now my mom passed away a few years ago and I am not married, so when me and my dad patched things up between us recently, I decided to move back to the U.S. and as a Resident. I went to the Embassy to get my card reinstituted, but they told me I have to start the process all over again. It only took about a year when I first immigrated to the U.S. through my dad who is a U.S. Citizen, so I am wondering if I can do the same thing now. Thanks for your help.

Answer: Once a U.S. Resident loses their Residency status by “abandonment”, which includes not returning to the U.S. for many years, all U.S. Residency status is lost and any desire to obtain Residency again requires a whole new application process. However, in order to qualify for U.S. Residency again, an immigrant must have a legal basis for eligibility, for instance, being married to a U.S. Citizen, or being sponsored by a U.S. Citizen child, parent or sibling, since there is no way to apply solely on the basis of requesting the old Green Card status again.  In your case, your dad can sponsor you again, but now that you are over age 21, the waiting line for an Immigrant Visa as the Adult, Single child of a U.S. Citizen is currently about 6-7 years.